Next generation sequencing (NGS) is a powerful way to validate your gene editing results. It’s also an excellent way to detect mutations caused by the editing process.

By combining NGS and CRISPR technologies, you can refine and fine-tune results for better outcomes.

CRISPR technology is one of the most popular methods of gene sequencing. It introduces a guide RNA and the Cas9 endonuclease into cells of interest.

The guide RNA is intended to direct the Cas9 to a specific site on the genome. There the endonuclease creates a double-strand break in the genome.

To repair that break, scientists typically use one of two methods. One is non-homologous end-joining (NHEJ), which is the primary method in mammalian cells. The other is homologous directed repair (HDR).

The challenge with NHEJ is that it is an error-prone technique. It often leads to insertions, deletions or loss-of-function mutations. These errors can lead to frameshifts and can affect protein expression.

While CRISPR is an efficient system for gene editing, it has its limitation. For example, some cells will not be edited. Others will have just one allele (alternative gene forms on the same chromosome) edited. Some will have both alleles edited.

That flaw in the CRISPR process is why it’s critical to validate the genome edits that are made after the CRISPR experiments are completed.

Next Generation Sequencing and CRISPR Validation

Next generation sequencing is a relatively new technique. It is a revolutionary approach to DNA sequencing because it can sequence multiple DNA strands at once. It’s now considered the gold standard of DNA sequencing.

By examining hundreds of thousands of genes simultaneously, NGS allows for deeper, faster and cost-effective analysis. It also allows for profound, meaningful uses in the detection and treatment of diseases.

One of the greatest uses of NGS has been in assessing gene editing technologies. It is far more accurate at assessing variants in allele frequencies compared to the Sanger sequencing method.

Next generation sequencing is a powerful way to evaluate CRISPR-generated gene mutations. NGS can look simultaneously at off-target changes in massive numbers of samples. It can then compare those changes to a set of control cells.

NGS can be used in other applications used for genome edits, including those created using zinc-finger nuclease (ZFN) and transcription activator-like effector nuclease (TALEN) methods.

Following the application, the targeted regions become amplified. They are then subjected to deep sequencing.

However, the CRISPR technology can lead to off-target cuts. It will not just cut the intended target but other sites, often with similar sequences. The off-target cuts may produce unwanted and, in some cases, harmful mutations.

NGS can assess the sequence of the entire genome or a specific region. It can be used to fully identify insertion and deletion profiles after a CRISPR experiment. It can also help identify the frequency of those insertions and deletions that occur from NHEJ joining.

Another key way that NGS helps validate CRISPR is the issue of off-target edits. CRISPR may affect areas other than the targeted genomic sites. That’s where identifying and evaluating “nominating hotspots” can play an integral role in validation.

The power of next-generation sequencing used in tandem with CRISPR is palpable. As researchers and clinicians rely more on CRISPR to develop personalized treatments, NGS can ensure those edits are safe and do not result in unwanted mutations. 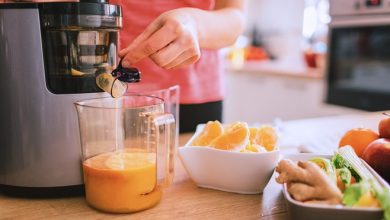 Things To Consider Before Buying A Juicer